Governance is about ensuring that an association or organisation runs effectively and follows good practices. At FPA India, governance is provided by people who are enrolled as volunteers and who represent different levels of society and come from diverse backgrounds. They are ordinary people, and may or may not have special skills, but who, by working together, do extraordinary things. The volunteers provide support to the branches in terms of image building and in mobilising resources. They also represent the association / branch on various government taskforce committees. The volunteers monitor and review the association’s performance and provide effective oversight of the organisation’s financial health.

The volunteers are enrolled at the branches and pay their annual membership fees as decided by the Branch Executive Committee (BEC). The branches enroll a minimum of 60 members in the smaller cities and a minimum of 100 in the metropolitan cities. The BEC is formed through the elections conducted every three years. The BEC comprises the President, Vice Presidents (2), Honorary Treasurers (2), Honorary Secretary and Elected Members (7). As stated in the constitution, utmost care is taken to ensure that 50 percent women and 20 percent youth constitute the BEC.

At the national level is the All India Council (AIC) — 1) Office Bearers comprising the President, four Vice Presidents and two Joint Treasurers; 2) Elected Members; 3) Branch Representatives; 4) Co-opted Members; and 5) Retiring Office Bearers, ie, the President. The Central Executive Committee (CEC) comprising the Office Bearers, the Elected Members and the Co-opted Members constitute the Governing Board (GB), which meets thrice a year. The term of office of the CEC is co-terminus with that of the council itself. Members of the CEC shall be eligible to hold the same posts for not more than two terms or six years, whichever is less. The total tenure of the GB member shall not exceed 15 years. One of the responsibilities of the GB at the national level is to formulate and approve policies.

The AIC ordinarily meets once a year and more often if necessary. Eight weeks’ notice is given to all the members entitled to attend the meeting. The quorum for such meeting is 50 percent plus one member. In this meeting, the members set the goals, policies, strategies and priorities of the association; provide guidelines for achieving excellence; receive and adopt the Association’s Report of Work and the Annual Audited Statement of Accounts; and appoint External Auditors in accordance with the requirements of the International Planned Parenthood Federation External Audit Manual, and fix their remuneration for the ensuing term.

The Triennial General Meeting is held every three years, but in no case at intervals longer than 38 months. In this meeting, elections for various positions of the GB are held as per the guidelines and procedures set in the constitution.

During these meetings, the HQs follows the guidelines of sending out notices to all concerned as laid down in the constitution. 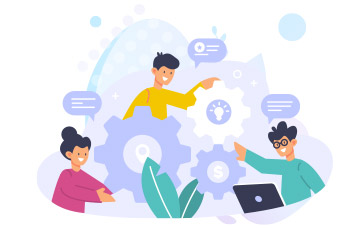